For our client Slovnaft we created a 2D animation video, that is showing and explaining different rules and duties for the employees and external suppliers that they need to know and use while working in the company especially during critical situations. The video has a simple visual style and minimalist color scheme but despite very technical content, we wanted to enrich it with a little bit of humor mainly through the characters.

The production of this project was most difficult in the beginning during the script creation. There was a huge amount of information that had to be part of it and that has a very strict way how to be delivered. On the other hand we wanted to show them in the most simplistic manner, so that the viewer can very quickly understand them. We worked with numerous characters that were very similar, only differentiated by colors to show their position in the company or their work activity. The characters are moving simplistically, even in a grotesque way, they have no eyes or noses and the mouth is used only in the necessary situations. The most important information is delivered by the voiceover and infographics. The video is animated by the traditional cut-out 2D animation. 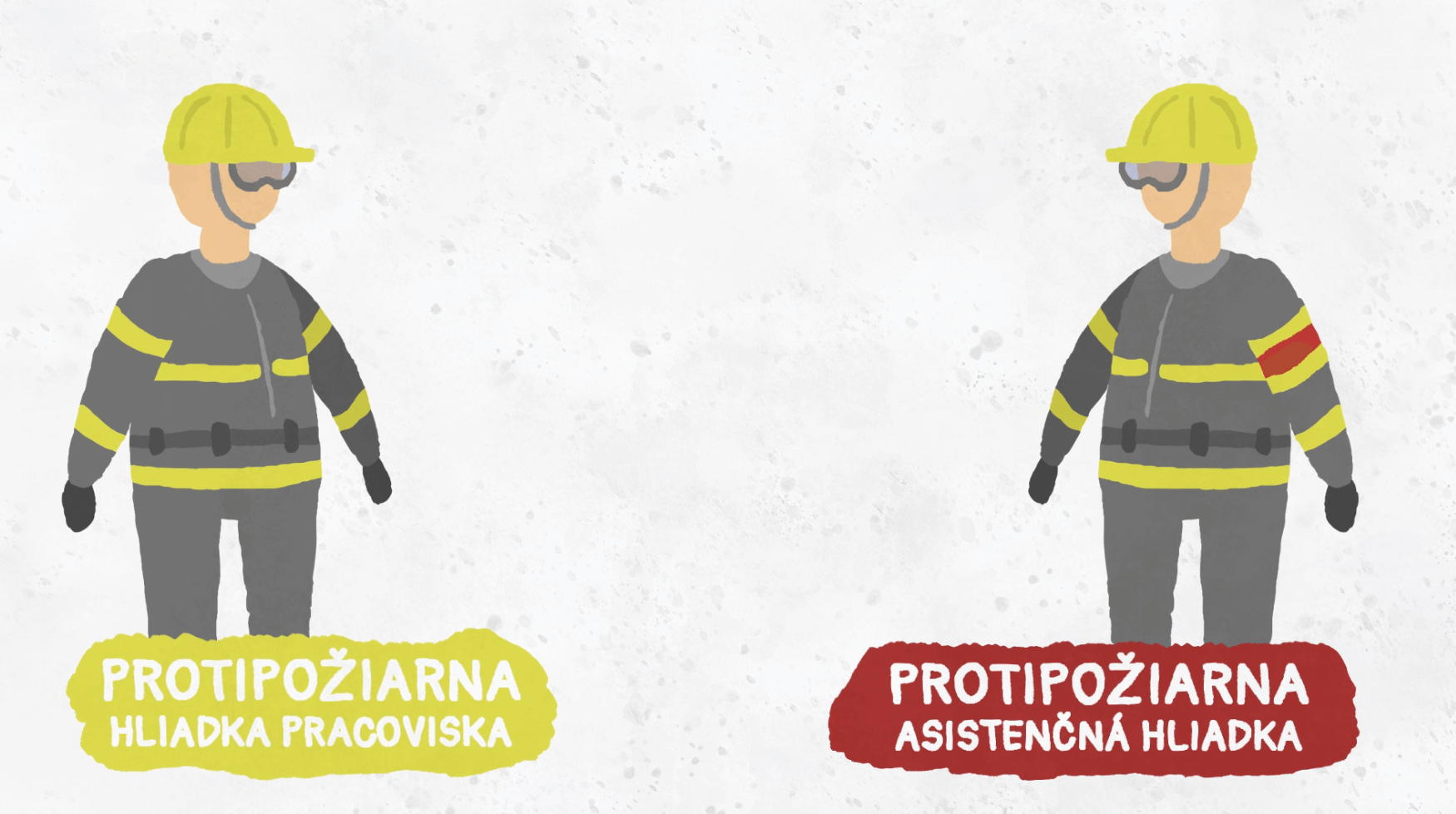 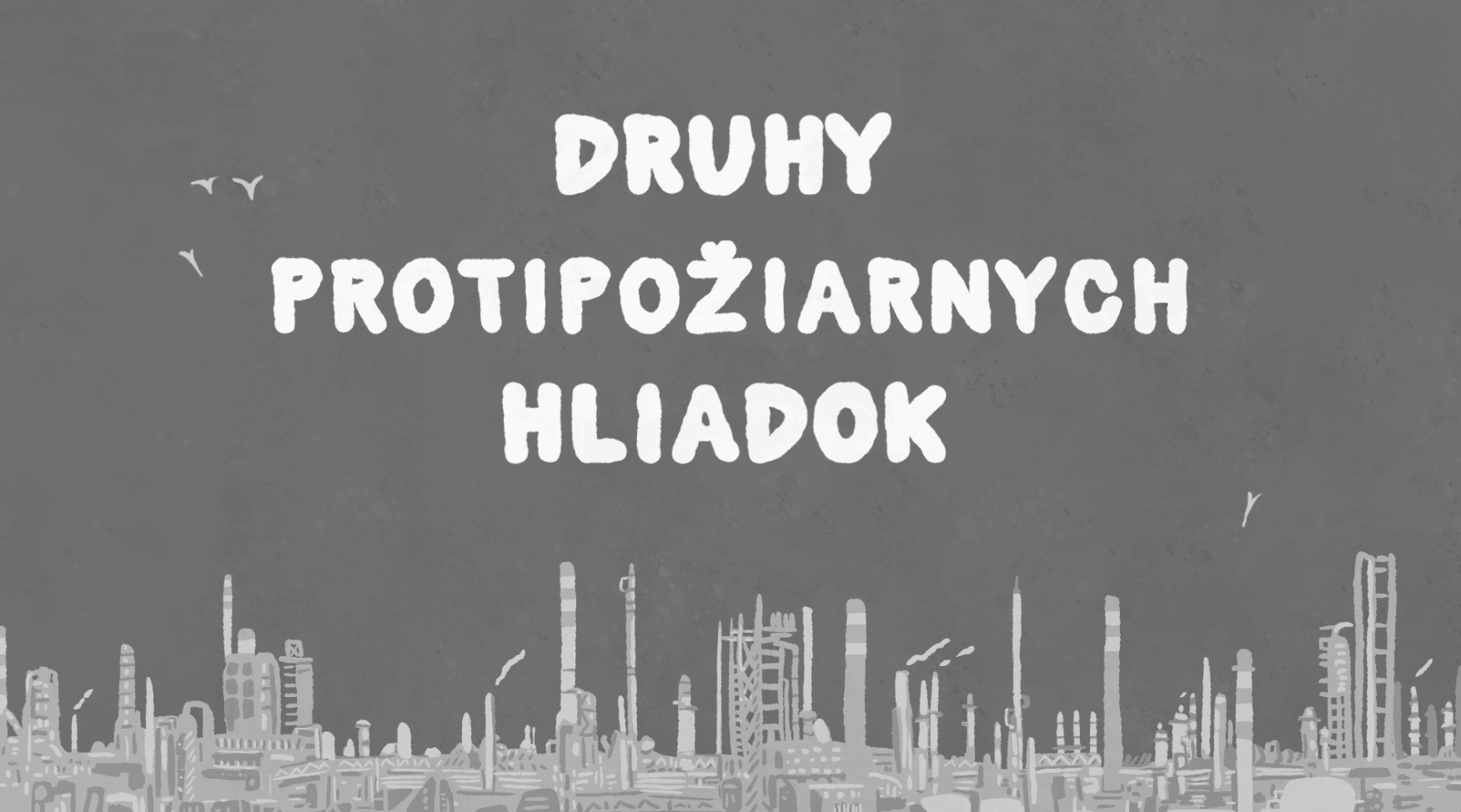 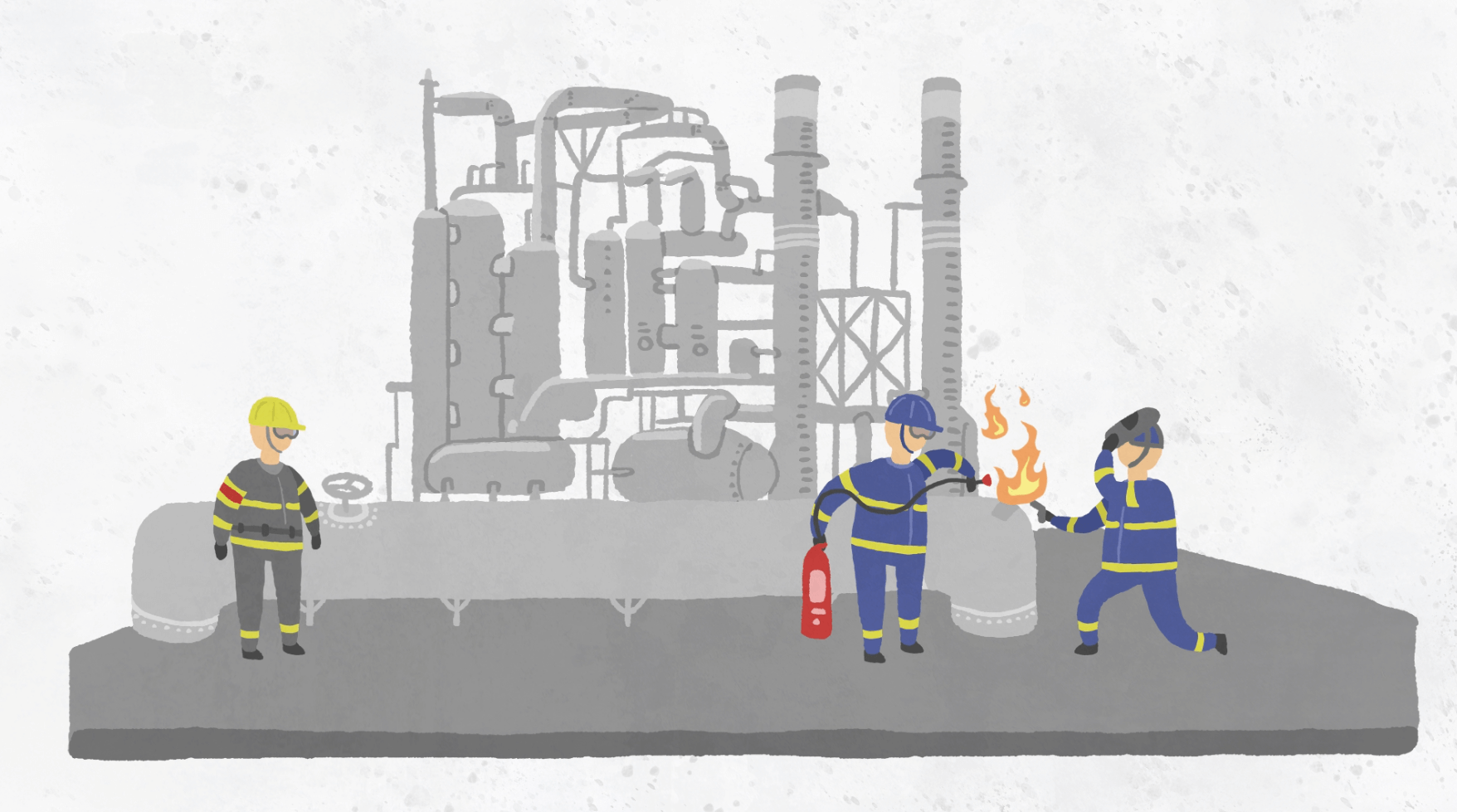 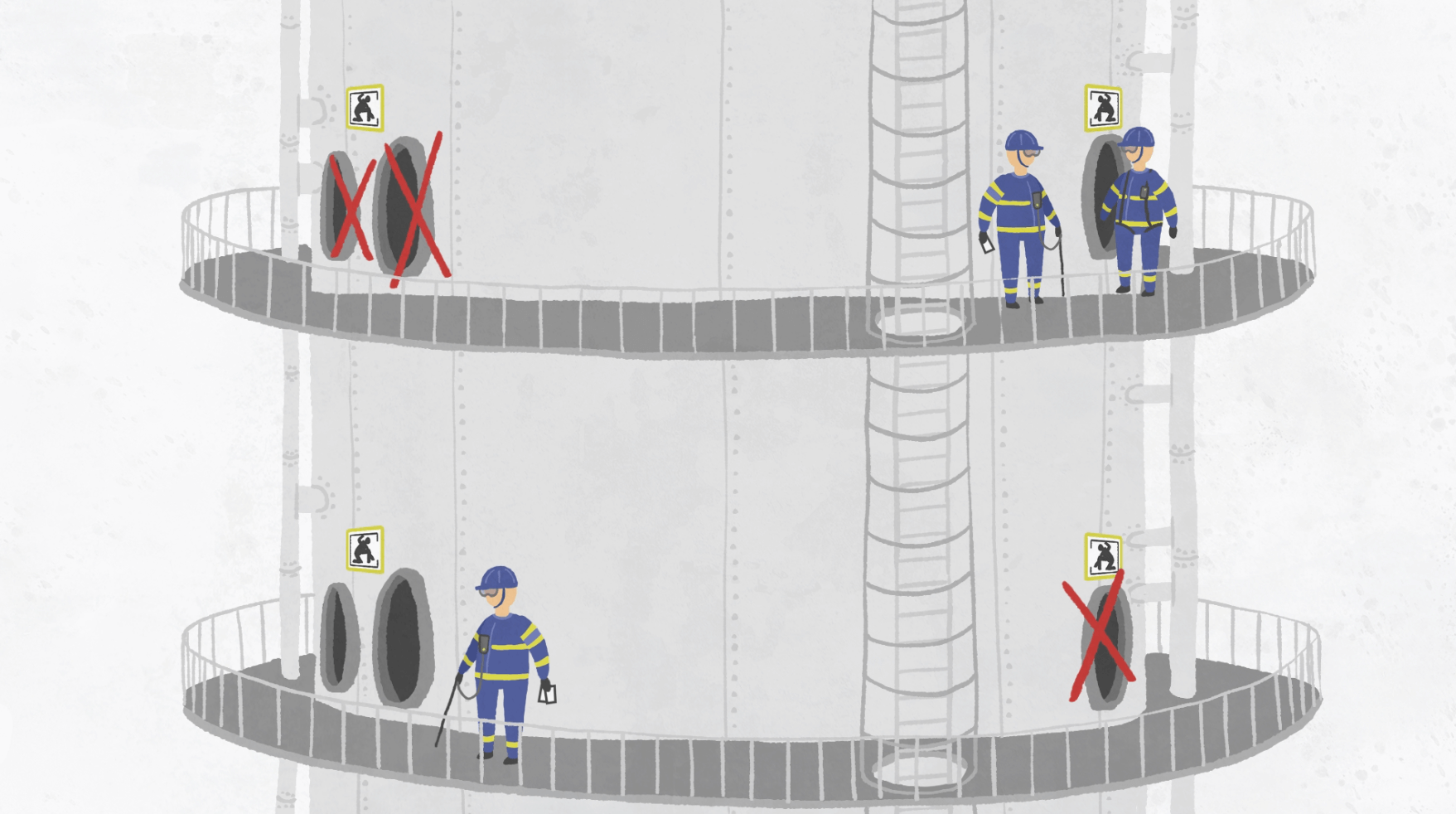 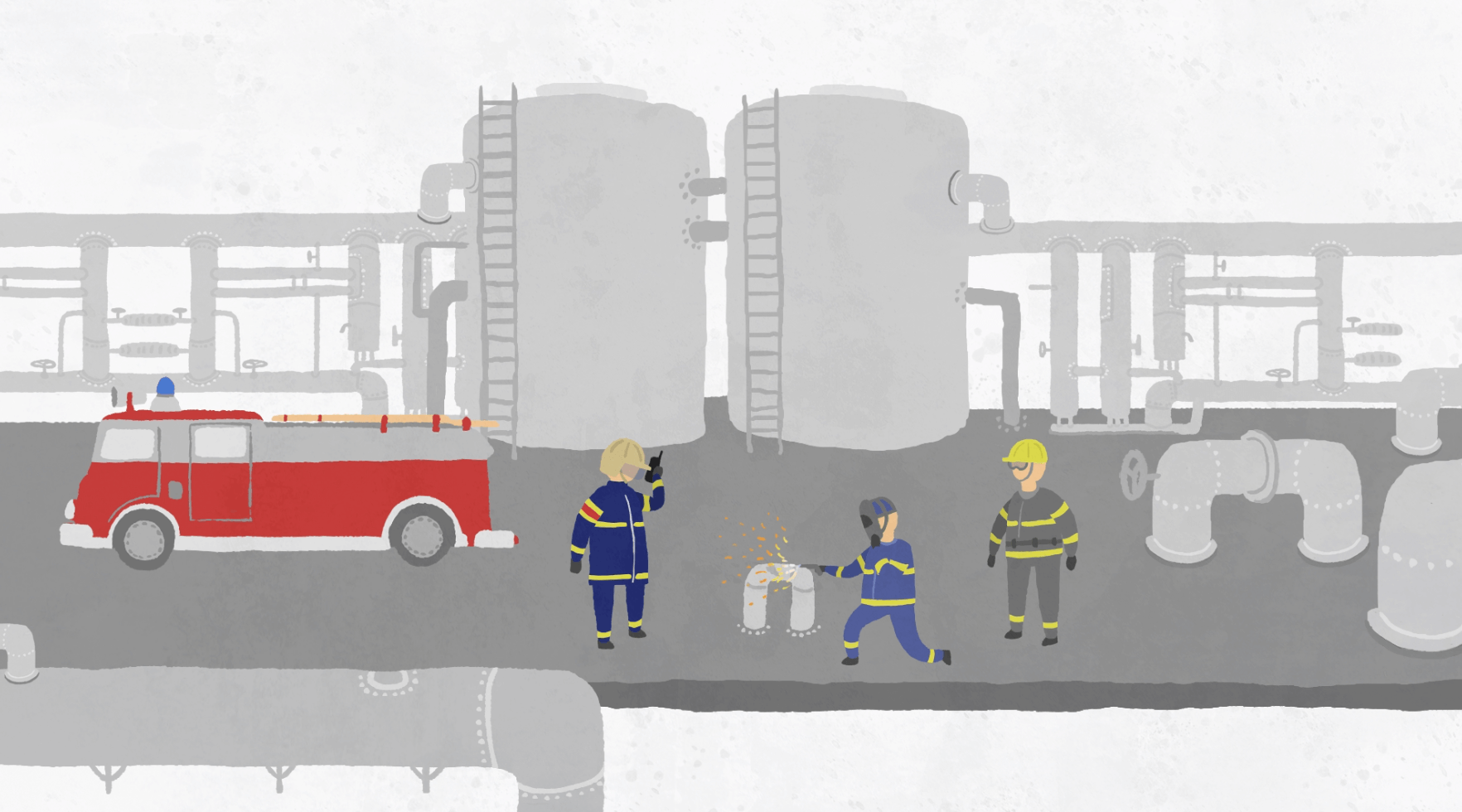 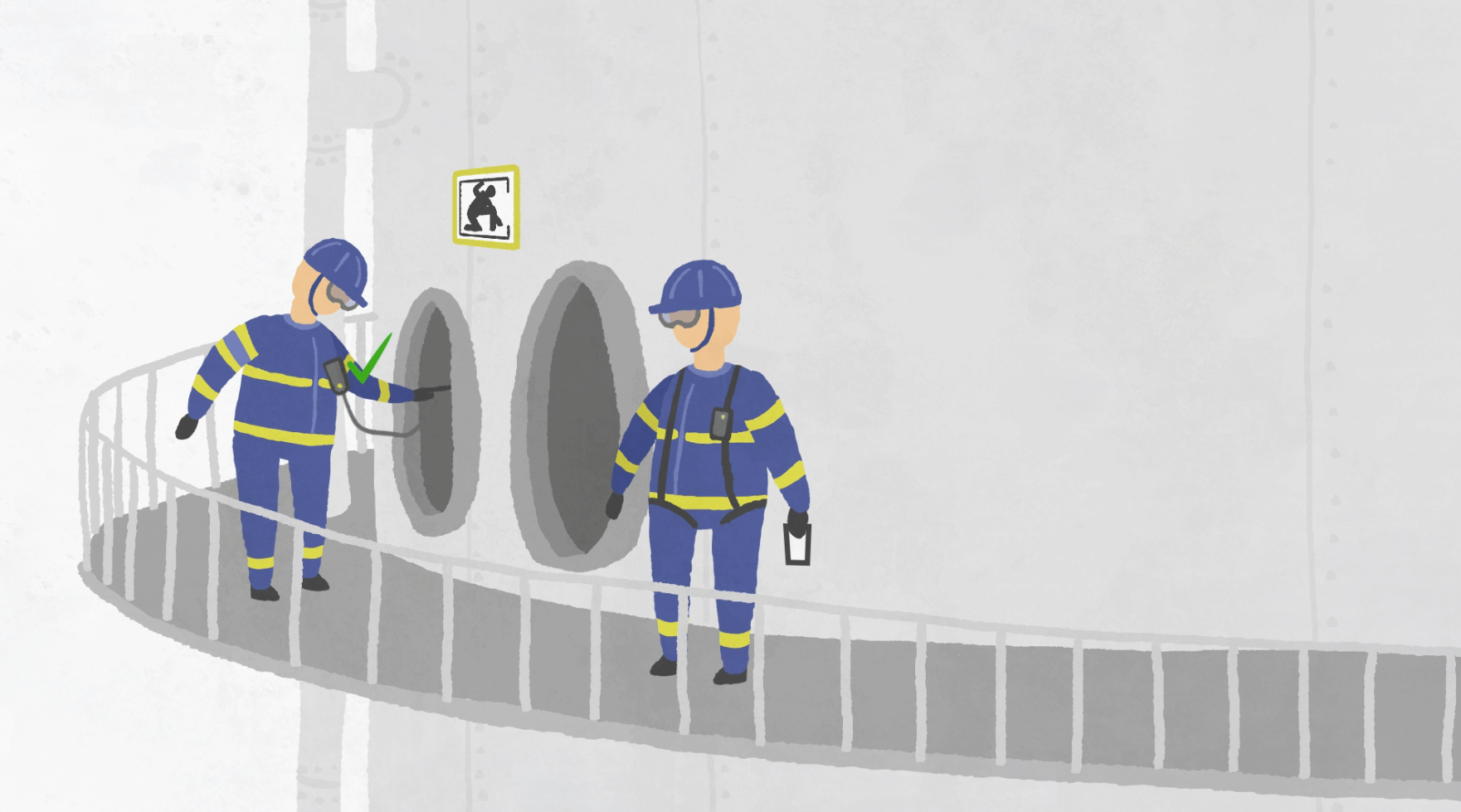 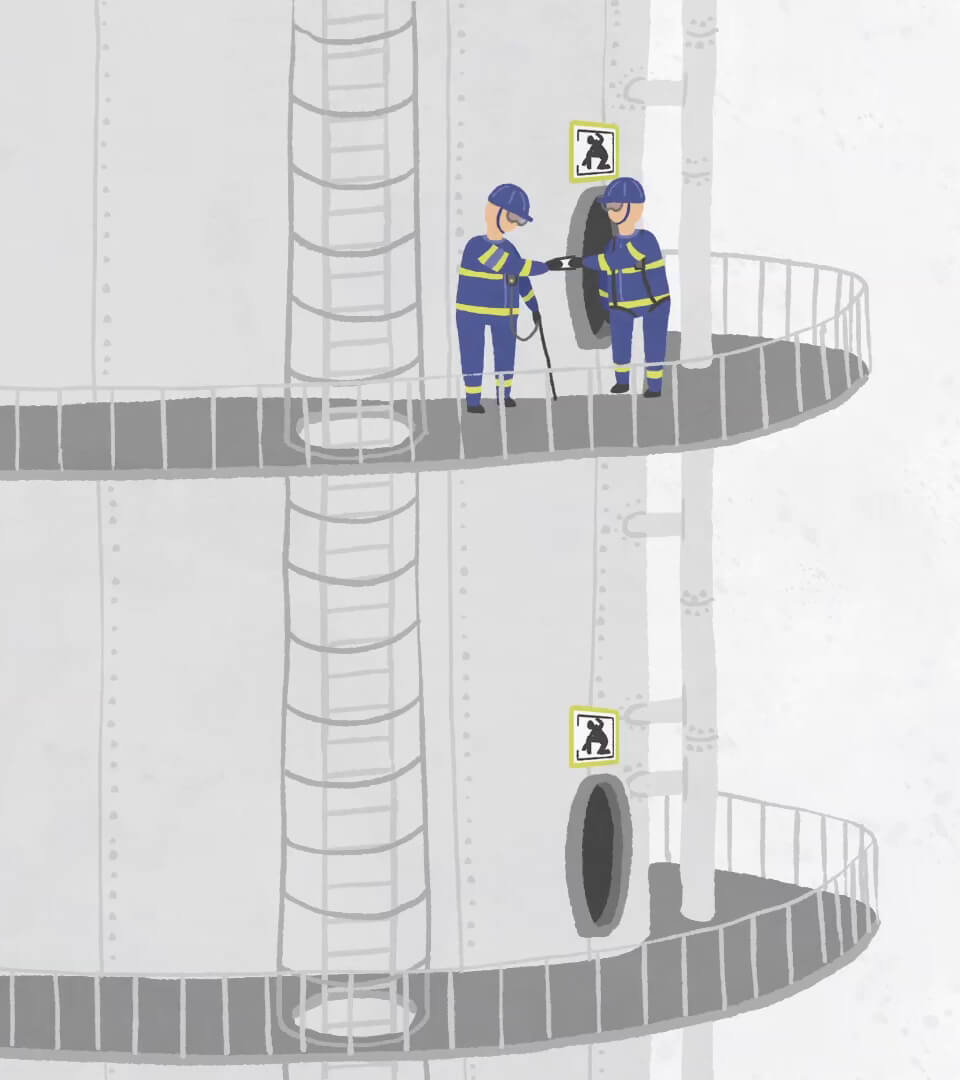